How it all began

In 1942 Charles (Nobby) Clarke offered the use of his horses at Grovely Riding School to help with the rehabilitation of wounded servicemen from Heale House, then a convalescent home. Gradually the School attracted more local people with disability, including children with Down’s Syndrome and patients from the Old Manor Hospital.  In 1965 a regular Wednesday group was started with children from the Handicapped Children’s Unit at Odstock Hospital. 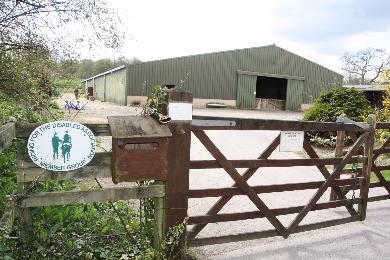 In 1975 when Grovely Riding School was sold this charitable activity moved, with the generous support of the Earl & Countess of Pembroke, to a new base at the Old Riding School at Wilton House with Pat Burgess as its energetic sole instructor.

The Group eventually became affiliated to the national RDA charity and, by 1985; it had become large enough to require a dedicated site of its own.  The Pembroke Estate very generously provided space for it nearby.  After a massive fundraising exercise the new site, based around a large purpose-designed indoor school, was set up and ‘The Pembroke Centre’ was born.

We now have over 140 riders a term and a team of over 200 fantastic volunteers.  The centre is managed by  a group of very 'hands on' Trustees